Fishpond’s Thunderhead fishing bags and accessories have long been a shop favourite since their debut in 2016. From the duffle packs to the lumbar bags, Thunderhead gear is reliable in any kind of weather. We’ve sold hundreds of Thunderhead packs and have yet to see one come back for warranty. The zippers (which are often the first thing to break on a bag), don’t fail. The fabric doesn’t rip. The seams never leak. These bags just don’t quit. A Thunderhead pack that’s been through multiple seasons still functions like new and looks great.  This lineup has been the pinnacle of waterproof bags in the industry and other manufacturers have had a tough time going toe to toe with Fishpond. Here’s the kicker; Fishpond just made this lineup even better

Early last season we heard grumblings that Fishpond was looking at updating the Thunderhead roster. This initially induced some concern. As the old saying goes, if it ain’t broke, don’t fix it. Nonetheless, after getting our hands on the new Thunderhead ECO selection in late December it became evident that they didn’t wipe the slate clean. They kept what worked and revised two key areas: the zipper and the primary waterproof material. Overall, Fishpond really hit a home run with their changes, and it is evident that the revisions were purposeful and impactful. 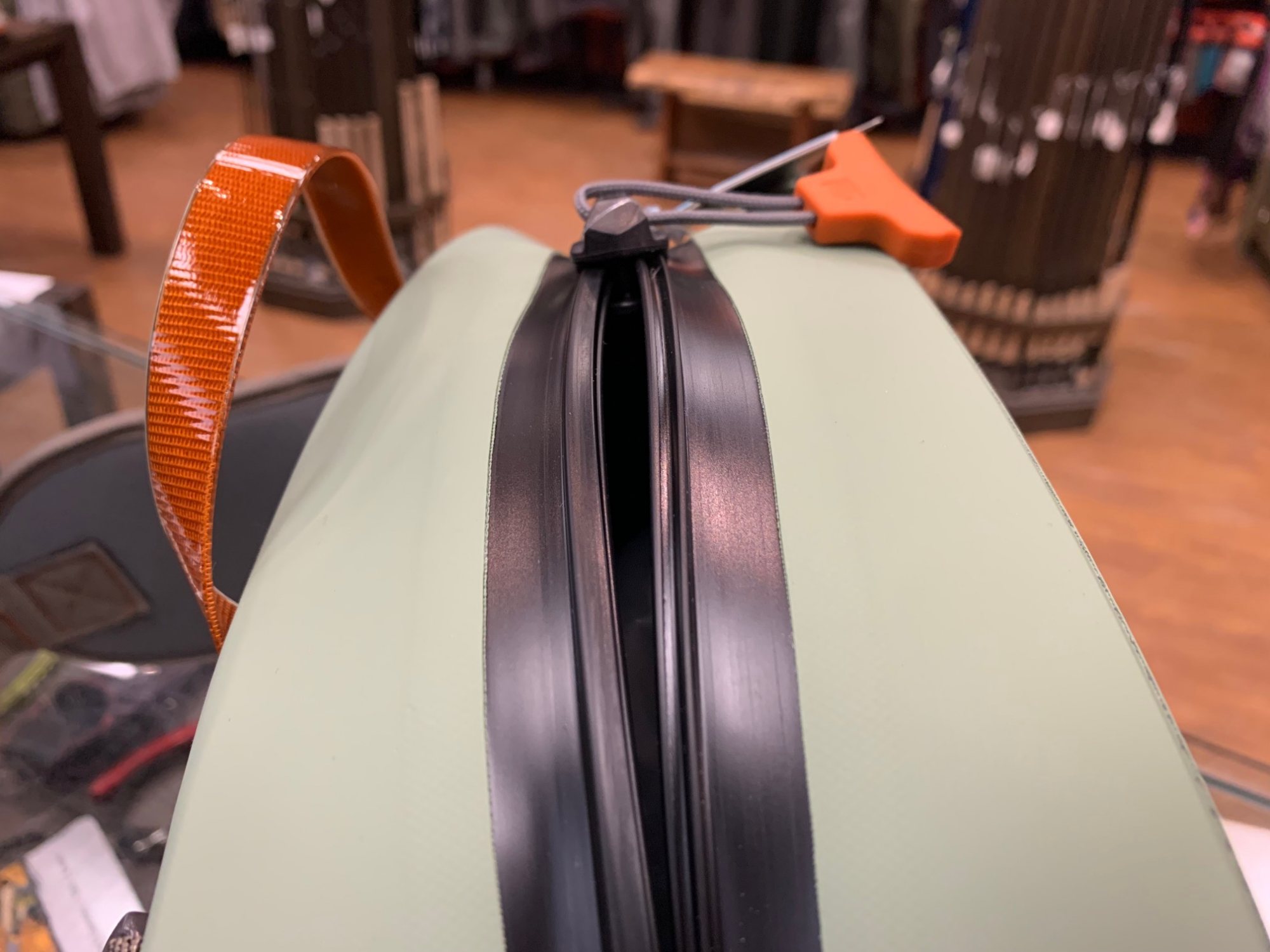 Fishpond implemented a TruZip zipper on all the new Thunderhead ECO Bags. This baby is the latest and greatest when it comes to waterproof zippers. It’s a self-healing, toothless, and works like a charm. The previous zipper used on the older Thunderhead system required lubrication to function smoothly. TruZip zippers don’t require lubrication and they’re damn smooth on their own. Opening and closing requires a firm but not unreasonable amount of effort and it’s easier to use than its predecessor. This is a big deal as most of us access our packs dozens of times throughout the day. Additionally, there are no teeth or rough edges. Not only does this help reduce snags, but it also makes it completely silent. It’s not often that you can say a zipper is silent. Finally, it won’t give up. This isn’t just some chintzy zipper. A Carbon reinforced slider and ultra-durable extruded TPU construction (AKA incredibly durable plastic) ensures that just like its predecessor, it won’t fail. Finally, if the zipper ever comes apart, cycling the zipper once gets things back in working order. Coupled with its self-healing functionality, this zipper is tough to beat.

New for 2022, the NewStream material on the Thunderhead ECO lineup maintains all that durability we’ve come to love from Fishpond but brings a little more suppleness and flexibility to the table. They’ve made the TPU coated fabric noticeably thinner, with a pleasing matte finish. We like the softer feel, and it’s still more than strong enough for whatever demanding conditions you throw at it. Furthermore, it’s made from recycled bottles, which is consistent with Fishpond’s commitment to sustainability. Overall, this new fabric is guaranteed to perform and combines the best of both worlds when it comes to functionality and durability.

Fishpond really brought it home with this latest iteration of their classic lineup. The silky smooth TruZip Zipper and supple NewStream fabric has taken these bags to the next level. I can confidently say that Thunderhead ECO bags are bound to be a staff favorite for this upcoming season. Swing by the shop and check them or give us a call for more info. 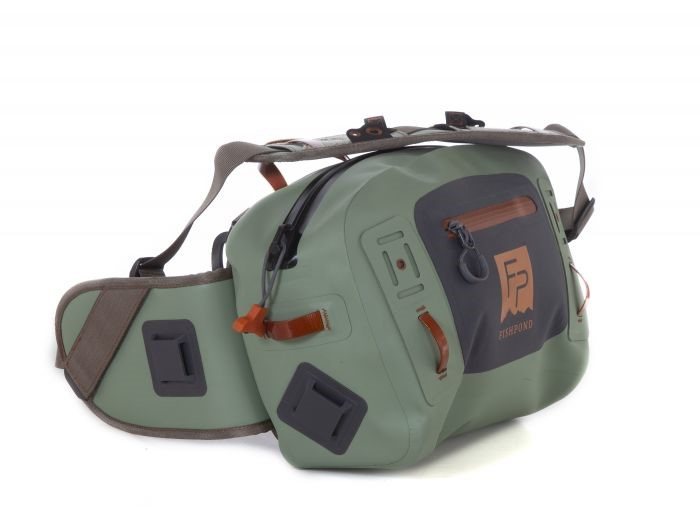 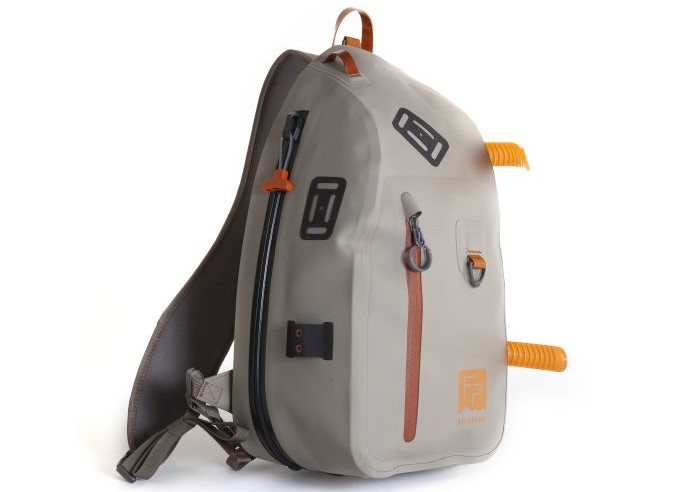 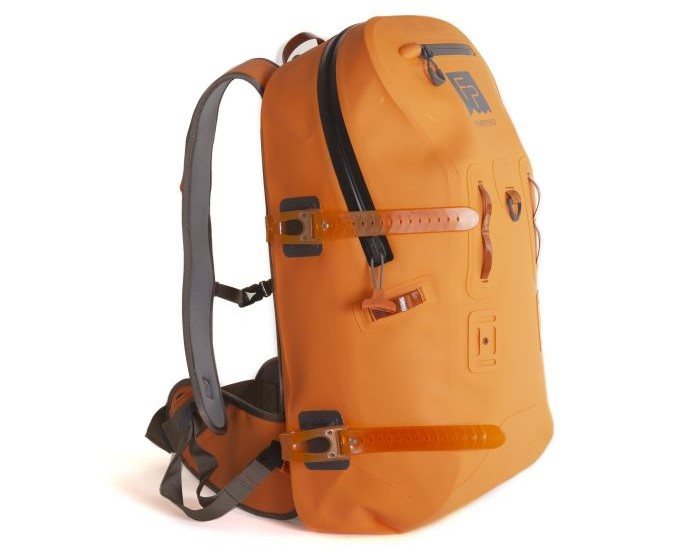 By Benjamin Day
Back to Gear Reviews